The Alliance Party have come out in support for an end to the mandatory coalition in the Stormont Executive, and the idea of a voluntary coalition has been thrown into the political conversation. But, is the time right and is Northern Ireland ready?

When the Good Friday Agreement was signed in 1998 the people of Northern Ireland rejoiced, finally an assembly that was fair and representative of the people would govern the 6 counties. A 4 (now five) party coalition would form an Executive to divide up the different ministerial departments and run the country. That executive has seen many changes over the years, the devolution of Justice saw Alliance join the Executive and in 2015 we saw legislation that would allow an official opposition. In 1998 there was still a clear Unionist majority however in 2017 that all changed, for the first time the 2 main nationalist parties, Sinn Féin and the SDLP, earned more seats than the two main Unionist parties, the DUP and UUP.

Despite this the DUP and UUP have both asserted their support for a voluntary coalition whereas Sinn Féin and the SDLP are in opposition. Alliance’s announcement of support for voluntary coalition is not actually that shocking, Alliance have always been a party of progress and pragmatism and in many peoples’ eyes the mandatory coalition in Stormont is failing to represent the people of Northern Ireland, so realistically some form of systematic change may be necessary.

Many people cling to mandatory coalition and the Good Friday Agreement as a safety net and something that protects peace and stability. Those people are not wrong, such radical change would be a risk, tensions are high as a result of Brexit and maybe normality is needed. Mandatory Coalition protects both Nationalists and Unionists and gives both sides an equal slice of the political pie, a voluntary system could risk this.

However is Stormont working?

Some would argue that it isn’t, that the Executive has failed to legislate for Northern Ireland and has failed to represent its interests, with Gay Marriage and Abortion the current system gave the DUP a veto using the petition of concern, a mechanism meant to represent minority interests. However the mandatory coalition has forced the DUP and Sinn Féin to work together, a left wing Republican Party who seek to unite Ireland working alongside a right wing Unionist party who seek to strengthen and maintain Northern Ireland’s position within the U.K. For a long time this system worked, under “the Chuckle Brothers” the Executive functioned well occasionally clashing but ultimately delivering. Under Robinson and McGuinness the Executive saw some periods of division however completed its mandate. Under Foster and O’Neill the Executive was collapsed for nearly 3 years! Many people question whether this system is serving the people of Northern Ireland and whether it allows a government to operate in the best interests of the nation.

A system akin to the Dáil would perhaps be the most representative in a voluntary system. With the same makeup as the current Assembly however with an executive made up voluntarily rather than from the Largest Parties based on how each party designates. This system would also give parties like Alliance, the Greens and PBP an equal vote rather than being excluded from Cross-Community voting. This system however makes many Nationalists fear the idea of a Unionist grand coalition, a coalition requiring 50%+1 would allow a government to be formed with 46 seats. So a coalition of The DUP, UUP and Alliance would be able to form a government in the current Assembly. Others have suggested a 2 thirds majority system however this would require either a Coalition of The DUP, UUP, Alliance, The SDLP and The Greens leaving a large section of the community unrepresented, the DUP could be swapped out for Sinn Féin and PBP. Either way under this system one of the largest parties would be left out or Stormont would simply be the usual 5 party coalition.

The next election could change everything, with Alliance polling as high as 18% the Executive could look very different after the 2022 election. Who knows what the next election will bring, an Alliance surge could certainly help the case for an end to mandatory coalition, however nothing is ever certain in politics especially in Northern Ireland. 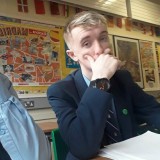